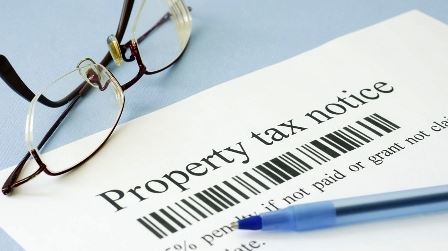 According to data from the Michigan Department of Treasury and published by MLive, the following eight points are important to know if you are a taxpayer in the State of Michigan:

4. Four counties — two near Detroit and two in northern Michigan — have residential assessments that average more than $100,000 per parcel.
Among Michigan’s 83 counties, Leelanau has the highest average residential assessment — $140,977. Leelanau is the peninsula northwest of Traverse City and includes the resort communities of Northport and Suttons Bay. The three other counties where the average home assessment exceeds $100,000 are Washtenaw ($107,857); Emmet ($106,752) and Oakland ($101,053). Like Leelanau, Emmet is along the northern shore of Lake Michigan. It includes the resort community of Petosky Lake County has the state’s lowest average residential assessment — $22,710. Lake County is located north of Grand Rapids and includes the village of Baldwin and part of the Manistee National Forest.

5. Michigan’s average property tax rate in 2014 was 40.79 mills for an owner-occupied home.
The 2014 average is 1.89 mills more than the average in 2008. However, the drop in home values means the average homeowner paid about 12 percent lessin 2015 property taxes compared to their 2008 bill. The average property tax bill for a owner-occupied home is about $2,084 in 2015, based on 40.79 mills and an average taxable value of $51,105. (Taxable value is lower than assessed value because of the Headlee Amendment, which limits how much increases in property values can be subject to taxation.)

6. Leelanau had the lowest average millage rate in 2014, and Ingham County had the highest.
The average property tax rate was 25.6 mills in Leelanau County, which has the advantages of high property values and a small population. Meanwhile, in Ingham County — where large swaths of state-owned property are not on the tax rolls — the average property tax rate is 55.27 mills. A 1-mill countywide levy raises about $115 per resident in Leelanau and $26 per resident in Ingham. Those are county averages, and every county has a range of rates within its borders. The lowest property tax rate in the state is 16.2 mills in Leelanau’s Cleveland Township within the Glen Lake school district. The highest rate is 81.5 mills in River Rouge city/River Rouge schools in Wayne County.

7. Metro Detroit was impacted the hardest by the recession in terms of declining property values.
The value of Genesee County’s tax base is still 26 percent below the level of 2008; Wayne County is down 24 percent, and Macomb and Oakland are both down 20 percent. However, Oakland remains the county with the largest taxable value — almost $52 billion in 2015. Wayne County is second at $40.2 billion. Keweenaw County in the Upper Peninsula, which has the state’s smallest population, also has the smallest tax base — $135 million.