One of the most pleasant spots in the City of Taylor resides within Heritage Park and offers totally free access to anyone interested in walking, jogging, fishing or just enjoying a beautiful view of some of the City’s most inviting land.

Coan Lake was constructed in the fall of 1988. The "pond" covers three acres, with a depth of 9 to 18 feet. Coan Lake is surrounded by walking paths, gardens, benches and historical buildings. The property the lake sits on was once known as the Schoncheck Farm, and the pond is stocked with a variety of fish, it provides an ideal setting for a historical village. Coan Lake is named after Peter Coan (co-ANN), the first registered land owner in Taylor Township. 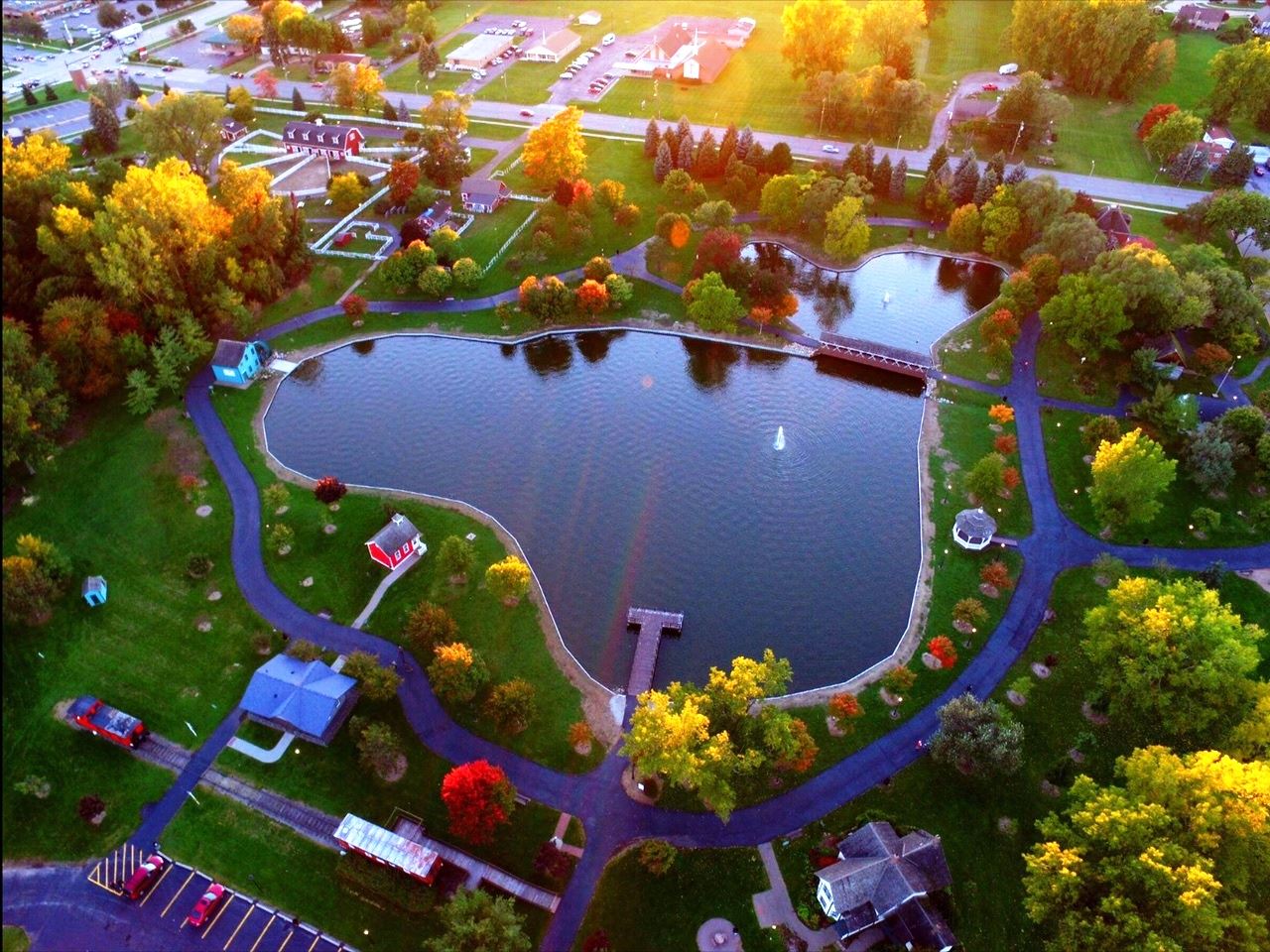 In April 2016, Mayor Rick Sollars announced an aggressive program focusing efforts on improving Heritage Park, including the total renovation of the problematic Coan Lake seawall that has been an irritant to park goers for several years. Cross Lake Construction installed a new seawall at the 3-acre pond, at a cost of approximately $230,000, which was funded through a grant from the Federal Emergency Management Agency (FEMA) and the City’s buildings and grounds fund.

The seawall has been deteriorating for some time. Some problem areas has been removed over time, while other portions of the wall have lifted out of position and/or broken. Michigan’s horrible winter of 2013 to 2014 severely stressed the seawall, as did the severe summer storm in September 2014.

"We recognize that Heritage Park is one of the most beautiful parks in the entire region," Mayor Sollars said. "It is heavily used, not only for recreation purposes, but for literally anything you can think of during the warm weather months. Wedding and prom photos, fishing – you name it, Heritage Park-goers are interested in it. We know that we need to spend some time and give the park some TLC."

In addition to the seawall construction, the City focused on making repairs to the covered bridge and the deteriorating areas surrounding it, the white wooden fencing at the Petting Farm and the walking path itself.

In conjunction with Wayne County Community College District’s Downriver Campus, the waterwheel will eventually become active. At some point decorative lighting will be added to the waterwheel, similar to carnival wheels in other parts of the country (Seattle, Santa Monica), except on a smaller scale.

Through another partnership with WCCCD, the City and college plan to work jointly to connect the park’s walking/jogging/cycling paths to the college campus. This will likely connect the roadway that runs on the north side of the park to the back-end of the college campus. When it is finished, recreation lovers will have a complete connected pathway from points in Heritage Park, through the wooded areas, into the back lots of WCCCD and back out Northline Road. The unconnected pathway prevents long-distance running and cycling.

"Runners and walkers will have a long-distance route without having to cross City streets, and it will be a boom for the ever-increasing cycling crowd," Mayor Sollars said.

"The community leaders who created and improved Heritage Park in the past created a wonderful recreational legacy for our community," Mayor Sollars said. "Now, it’s our turn. Maintenance is one thing that we have to do to keep the park in good condition. But the other things – connecting of the pathways, renovations at the Sheridan Center, splash pad, and eventual lighting of the waterwheel – those add new special features that our residents, and others, will enjoy for years to come."

Overall, the scenic Heritage Park Coan Lake Historic Area has traditionally been a favorite site for local brides and grooms, homecoming and prom photography. Memories are captured throughout the charming little village surrounding Coan Lake. The area also hosts annual activities like the Relay for Life, Hallow-Palooza and Fall Fest.