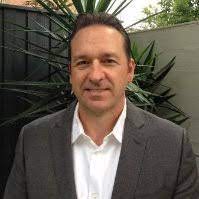 Corey Montry was a standout baseball player for Taylor North Central little league and at Taylor Truman, while also being a successful football player.   Montry received a baseball scholarship to Western Michigan University where he played for the Broncos for four years.

Montry, an outfielder, batted .480 with five homers and 30 RBIs in 22 games for the Cougars during his senior year, earning second team All-State honors as well as All-District, All Area and All Downriver “Dream Team”.  He was in the staring line-up for the MSHAA All-Star game at Tiger Stadium in 1990.  Montry was also All District, All Area and All Downriver “Dream Team” during his junior year.  He is a member of Truman’s Athletic Hall of Fame

Montry is a finance executive and lives in Melbourne, Australia with his wife and kids.